Prior to Baker Street, Stephanie spent eight years at First Republic Investment Management in both client relationship management and portfolio management roles. As a portfolio manager at First Republic, Stephanie worked with clients to develop customized investment strategies that focused on asset allocation and long-term holistic financial planning. She has experience working with high net worth families, corporate executives and foundations in the areas of financial planning and investment advisory services. Stephanie began her career as a Financial Planning Analyst at The Ayco Company, L.P. , providing comprehensive financial counseling for corporate executives and high net worth families.

Stephanie holds a M.S. in Financial Planning from Golden Gate University and a B.S. in Management Science from the University of California San Diego. She became a Certified Financial Planner (CFP) in 2010 and earned her Certified Private Wealth Advisor (CPWA) designation in 2010 as well.

Stephanie Moon is an associate who works on general litigation matters including white-collar crimes, class actions, and healthcare matters while representing clients in a variety of industries and business sectors.

While in law school, Stephanie served as a Judicial Extern for the Honorable Magistrate Judge Michael T. Mason where she primarily conducted research on federal acts and regulations, as well as legal precedent, to draft summary judgment opinions. In her final year of law school, Stephanie was a member of the Community Law Clinic where she worked to hone her litigation skills by representing low-income clients. She also served as an Editor for the Loyola University Chicago Law Journal.

Stephanie is an occupational therapist licensed in California and registered nationally (OTR/L). Stephanie earned her Bachelor of Arts degree in Communications from University of California, Los Angeles, and received both her Master of Arts and Doctorate of Occupational Therapy from the University of Southern California.

This is my 13th year teaching  at Cooper.

Throughout the 13 years, I have taught Advanced and On-Level 8th grade Science.  This will be my 3rd year teaching Health Science.

My husband and I moved to Texas from my home state of Pennsylvania in 2007.  In Pensylvania, I taught high school biology for 8 years.

I love being here at Cooper Junior High and being a part of the Wylie Way!

Our group is interested in how genes are expressed via the coordinated regulation of messenger RNAs at the levels of translation, localization, and decay. We study mRNA regulation in the context of human disease and stress, with a particular interest in neurological disorders. Our research aims to reveal the underlying principles and mechanisms governing mRNA in both health and disease to elucidate new therapeutic and diagnostic strategies.

Stephanie Moon is interested in understanding the basis of human diseases. In graduate school, she zeroed in on RNA biology. “The possibilities of expanding and applying RNA biology to different disease systems are enormous,” she said.

Moon's lab in the human genetics department at the University of Michigan, Ann Arbor, studies messenger RNA function, degradation and localization and RNA–protein granules. Her team is developing cell-culture models for neurological diseases.

“I am super motivated and excited about the potential of learning about RNA and applying RNA biology to treat human diseases,” she said.

In observance of the RNA Day on Aug. 1, ASBMB Today talked to Moon about her research. This interview has been edited for length, style and clarity. 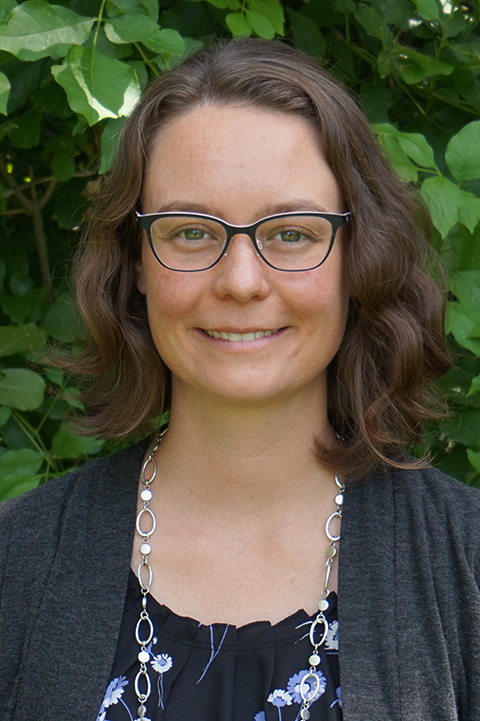 How would you describe your research to a layman?

We are trying to study how the building blocks of the human body — the cells — can respond to changes quickly. A part of the way they do that is by changing the function of messenger RNA, which is like a readout of our genome. And we are studying this process in a healthy as well as disease context to figure out how it works.

We are primarily studying how translation is regulated, but we are also interested in understanding how RNA is regulated by RNA stability and its localization to RNA protein granules like stress granules and P-bodies.

We are focused on looking at how these processes function in disease states. We know that several neurodevelopmental disorders are caused by mutations in the integrated stress response pathway that requires a lot of RNA regulation, particularly at the translation level. We are studying how various mutations affect the integrated stress response by making cell culture models of these genetic diseases.

What is the overall impact or outcome of your research?

What we are trying to do is more at the basic research side of things. However, we see ourselves as working at the intersection of basic and translational research. We are hoping that our findings can someday be translated into clinical applications by identifying specific proteins or genes or RNAs that seem to influence disease processes. So, we are making cell culture systems to study these neurological and genetic diseases and trying to figure out how the stress response and RNA regulation are altered in these models.

What role does RNA play in your research?

There are three main aspects of RNA that we are interested in. The first one would be: Is the RNA functional, or is the mRNA being read to create a protein? That decision is something that the cell must make at any given moment. So, when a cell experiences a change in its environment — like a toxin or, for example, heat or other suboptimal conditions — the cell will shut down most translation, and that is important for the cell to survive these stresses.

The second thing we are interested in is how RNAs are stabilized. You can imagine that if an mRNA needs to be translated and if it is degraded quickly in the cell, it probably will not get translated very often because there is just not much of the transcript there to get read and turned into a protein. So, we are interested in how RNA degradation is affected by stress and different diseases.

The third interest is to understand how stress granules and stress-induced ribonucleoprotein granules contribute to cell health and cell death in different disease contexts.

What is a specific research problem that you are working on?

An interesting thing about many neurological disorders is that a subset of patients has genetic mutations in basic genes that are expressed in every single cell type, and these genes are essential — from yeast to human cells. One of those is valosin containing protein, which is important for regulating protein degradation as well as RNA–protein granules like stress granules. Many groups have contributed studies that suggest that stress granules may play a role in disease processes. So, if stress granules form and they are not able to disassemble, they are toxic to a neuron. If we can figure out how VCP is playing a role in regulating the stress granule or how VCP helps those granules dissolve in the cell, it might give us more therapeutic targets to try and treat patients eventually.

What are some of the techniques you frequently use?

We are mostly focused on techniques that let us look at what is happening in the cellular context. We do a lot of microscopy assays that let us look at a single RNA molecule in a cell, including where the RNA is going in the cell, whether it is translating, and we can also look at how granules are forming during stress and disassembling after stress. So, microscopy lets us look at all these different processes at the same time and get that information together, which is important for the RNA regulation network.

To track RNA localization in living cells, we use tags such as MS-2 and MS-2 coat protein, which allows us to visualize the RNA in the cell. And we also use these nascent chain tracking or SunTag techniques that other labs have developed and let us see if that RNA is actively translating by microscopy.

Which RNA-based technique do you think will play an important role in the future?

I think that, as the big picture, obviously the vaccines for coronavirus were an amazing advance, and creating these RNA-based vaccines will be a central technique for making new vaccines in the future. But for us, on a smaller scale, we are excited about microscopy. This is because you can get so much information from one data set. Knowing where a particular RNA is in the cell can tell you a lot, especially in the neuronal context, where we know that RNA must get transported and selectively translated in very specific areas of the neuron for it to function.

One of our long-term interests is being able to apply microscopy to study multiple different aspects of RNA metabolism at the same time. And these advances in microscopy have made it possible for RNA biologists to do more in that area. We are excited about collaborations with other investigators at the University of Michigan, including Nils Walter, and the Single Molecule Analysis in Real-Time Center core facility, which supports us in imaging single mRNA molecules in cells. So, these technologies can reveal a lot about how RNA is regulated by enabling the detection of RNA molecules within the cell.

Where do you think the field is heading?

I think we are at a point where we have great technologies to sample every RNA in the cell in all these different contexts, so we can get information about RNA abundance at a large scale from organ systems or entire organisms down to a single cell. Now, we also have technologies that let us go all the way down to looking at individual mRNA molecules and their function and localization. So, there is this huge range of information that we have available now, which I think is exciting because it suggests a lot of biological questions that you can now tackle.

I am super motivated and excited about the potential of learning about RNA and applying RNA biology to treat human diseases. If we can figure out how disease happens by determining what processes go wrong in the cell to cause disease, then we can learn about how healthy cells function and target those processes to cure disease.

There are a lot of different small molecules that have been developed that target the RNA regulatory pathways. For example, a molecule called ISRIB can increase translation during stress, and people have used it in many different animal models and cell culture models, where it seems to be therapeutic in a lot of different disease contexts. We found in past research that ISRIB can rescue problems with translation in cells from individuals with the rare leukodystrophy vanishing white matter disease. Small molecules will continue to be developed that target RNA regulatory pathways. We will continue to see a lot of advances in the ways we manipulate RNA molecules to promote human health.

What keeps you motivated?

I want to try to do something that will be helpful for society in some way. I am motivated to learn about diseases, and I try to make the information that I learn through research available to other people. 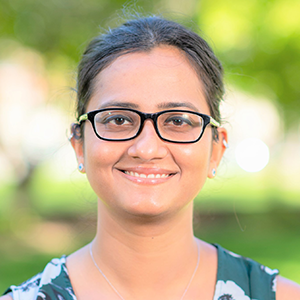 Isha Verma is a postdoctoral research fellow at the University of Michigan, Ann Arbor. She earned her Ph.D. at the Indian Institute of Science in Bangalore.

Before I returned to my old apartment. The parents kept it in the state in which I left it. But when I woke up, Hello, my name is Alexander. In early 2010, I was a simple third year student studying to be a programmer. Cherishing my old dream of becoming a creator of computer games.

Hater back off season 3