The S. S. Minnow is a fictional charter boat on the hit 1960s television sitcomGilligan's Island. The ship ran aground on the shore of "an uncharted desert isle" (in the south Pacific Ocean), setting the stage for this popular situation comedy. The crew of two were the skipper Jonas Grumby and his first mate Willy Gilligan, and the five passengers were millionaire Thurston Howell III, his wife Lovey Howell, movie star Ginger Grant, professor Roy Hinkley, and farm girl Mary Ann Summers.

The shipwreck was first seen in the season 1 episode "Two on a Raft", which begins with the crew and passengers awaking on the ship. Several times in the course of the series they plan ways to repair the Minnow to get off the island. In the episode "Goodbye Island", Gilligan discovered glue that was believed to be waterproof and permanent. However, it was later revealed that the glue was temporary and before they could push the repaired ship out to sea, the entire vessel literally fell to pieces.

There are many other references to the ship in the rest of the series, such as in the episode "Court-Martial", where an investigation was launched into the Minnow's disappearance, which at first determined that the Skipper was responsible, then later concluding that the Skipper wasn't aware that a storm was coming. It is also revealed in this episode that the reason for the Minnow's wreck was that Gilligan threw its anchor overboard without a rope attached to it.

Origin of its name[edit]

A minnow is a very small bait fish, but the TV boat was actually named for Newton Minow,[1][2] who Gilligan's Islandexecutive producerSherwood Schwartz believed "ruined television". Minow was chairman of the U.S. Federal Communications Commission (FCC) in 1961, and is noted for a speech in which he called American television "a vast wasteland".

The ship prefixS. S. is used for ships that are powered by steam. However, the show's writers did not follow this convention and in some instances depicted it having spark plugs or being diesel-powered.

The S. S. Minnow II was a successor boat purchased by the Skipper from insurance money for the first in the 1978 made-for-TV movieRescue from Gilligan's Island. At the end of that movie, the cast and boat are wrecked on the same island, as shown by Gilligan's discovery of a plank with "Minnow I" on it. How they knew to call the first vessel "I" before there was a second is not explained.

This version of the Minnow got destroyed in another ill-fated storm due to Gilligan removing the magnet for the compass during their voyage and the castaways ended up marooned back on the very same island they had escaped months before.

The Minnow III is the plane built by the Professor in the 1979 made-for-TV movie The Castaways on Gilligan's Island, the sequel to Rescue From Gilligan's Island. It does not have the prefix "S. S.", as it is not a steamboat (nor were its boat predecessors).

The Minnow IV, also introduced in The Castaways on Gilligan's Island, is a small whaling boat run by The Skipper and Gilligan as a shuttle between the island and cruise ships for its passengers who are coming to the island.

In 2008, the boat used in the opening of the second and third season color episodes, previously named the Bluejacket, was based at Schooner Cove Marina on the east side of Vancouver Island, in Nanoose Bay, British Columbia. Having put the boat through a major restoration, the new owner planned to use it for charters and sightseeing tours.[3] The owner equipped it with an old life preserver with "S. S. Minnow" on it, as well as other show items.[2] 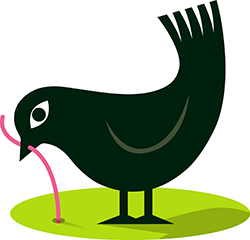 2021 Boat Rental Early Bird Bonus is now available for a limited time. Make your future date reservation & do so now through October 31, 2021 and prepay your 8-11 hour rate in full and get PRICE LOCK, BONUS RENTAL TIME, and convenient ONE STOP DOCK N GO. If you, your friends, and family enjoy spending time boating on Patoka Lake then now is the time to reserve a boat and earn EARLY BIRD bonus boating time.

For reservations complete our electronic Reservation Request at the top of this page!

Sours: https://gilligansboats.com/
Hey Gilligan did you eat the Skipper

Oleg won't even know. " Vitka got up from his knees and shook himself out of the hut. Opening the first page of the notebook, I saw the title, written in large letters.

Be under the command of the commander for another day. - Violetta did not have time to finish, as everyone took a step forward. Thank you girls.

And then, I don't know when. The pain subsided. I am a whore Vadim, I began to like his rough pressure and in the end I finished, and probably fainted. When I woke up, Anton was already dressed and, grabbing me by the waist, literally dragged me into our room. He carried me up the stairs and then just threw me on the bed and left.

I was raped after all. Well, Im probably to blame for everything. There was no need to start all this - a night trip to the lake, frank conversations and nude swimming. After all, I am a whore, and nothing can fix me. I was lying on the cold ground, half naked, not far from my own.