There are no questions related to

There are no problems related to Taurus 180 Curve

The Taurus 180 "Curve" pocket-size, concealed carry pistol in .380 ACP boosts a most unconventional design... but not without reason 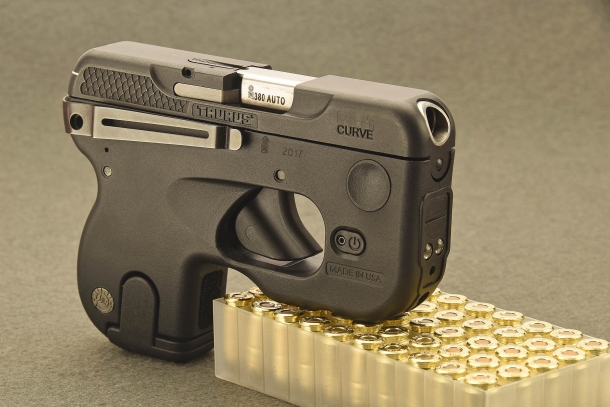 The Taurus 180 Curve pocket pistol – manufactured in the United States by Taurus International Manufacturing, the north American branch of the Brazilian Forjas Taurus conglomerate – is by far the oddest entry in the field of concealed carry pistols in years.

First impact aside, however, the Taurus 180 Curve was not designed to be a crazy, fancy one-of-a-kind product. More pragmatically, Taurus designers and engineers were tasked to come out with an innovative subcompact pocket pistol that would be easily and comfortably carried in a pocket or a purse, featuring a red light laser sight and a set of emergency LED lights, and a design that would comfortably adapt to the natural curves of the human body (hence the monicker, "Curve") for a comfortable grip and a printless carry in most situations.

What you see here is the cosmetic outcome of the project. As odd as it may look like, it's perfectly in line with the original goals of the Taurus designers. 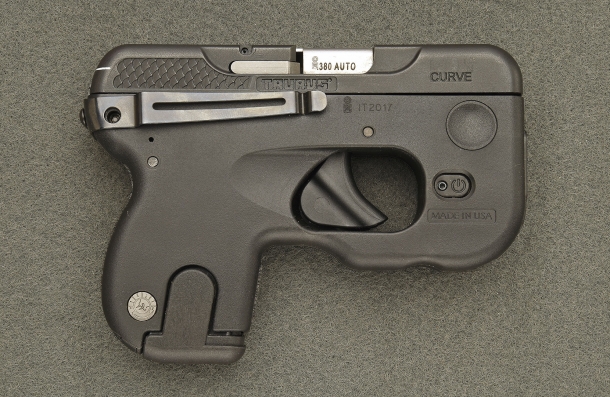 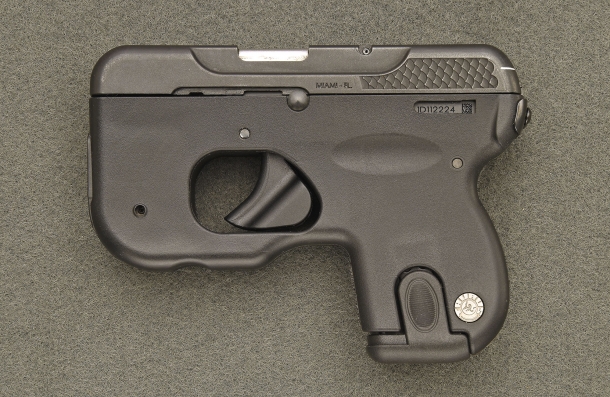 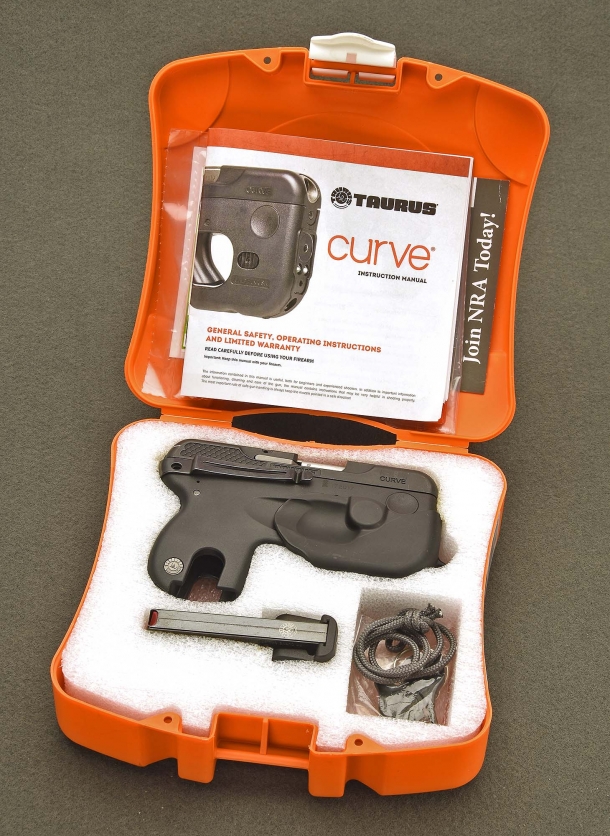 Skilled shooters and experts of defensive pistols may not like the design at all, so let's be clear about it right from the get go and save your and our time as well: the Taurus 180 Curve pistol was NOT conceived for expert shooters but for the unskilled first-time buyers who would approach the defensive pistols market unbiased looking for a deep concealment pistol to be carried in a pocket or a purse like a smartphone.

The Taurus 180 Curve is a straight blowback-operated, double-action only semi-automatic pistol that does without the ubiquitous striker-fired system, opting for a standard hammer-fired design akin to that of a revolver – quite an advantage for a purely defense-oriented design: a true "point-and-click" design, the Taurus Curve pistol offers second-strike capabilities without the need of racking the slide in case of a failure.

The Taurus Curve is chambered for the .380 ACP round – a caliber that could be considered underpowered nowadays, particularly if compared with the ballistic performance of other entries on the market, but on the other hand offering low recoil and decent accuracy, and acceptable stopping power with the right loads
If you live in a jurisdiction where the use of frangible or expanding ammunition for personal defense is forbidden, our suggestion is to give a try to the .380 Auto Fiocchi Black Mamba 85-grains loads. 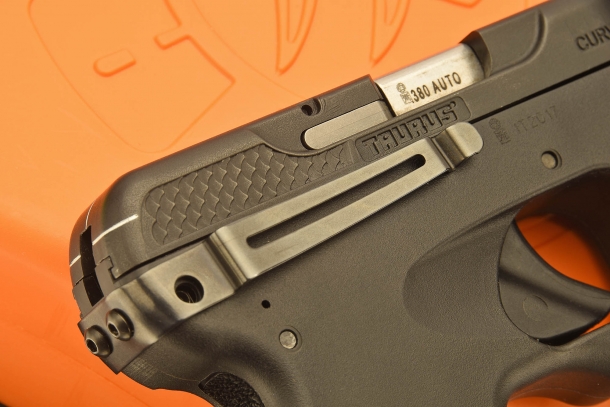 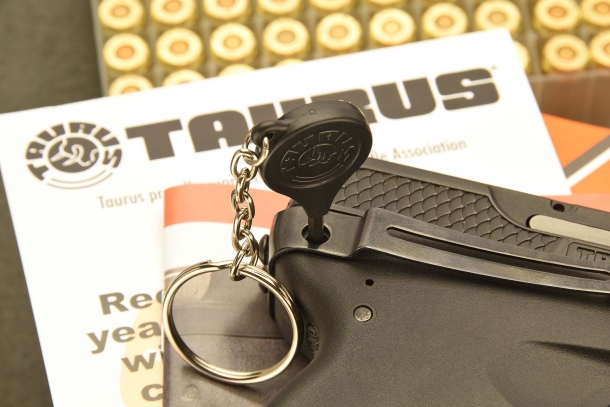 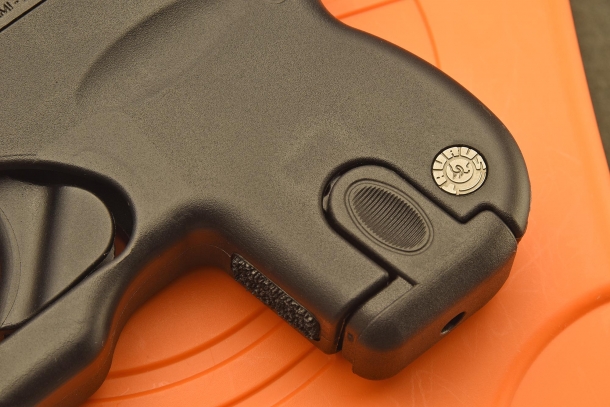 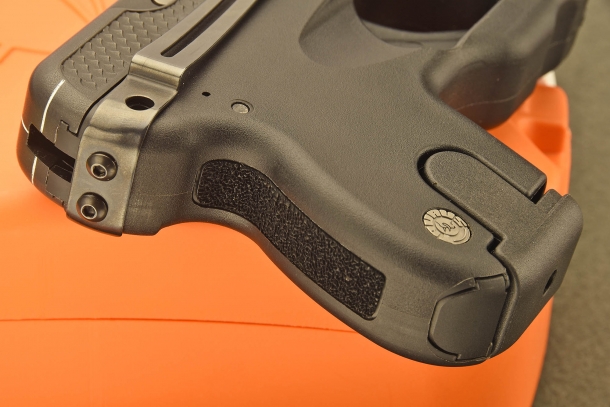 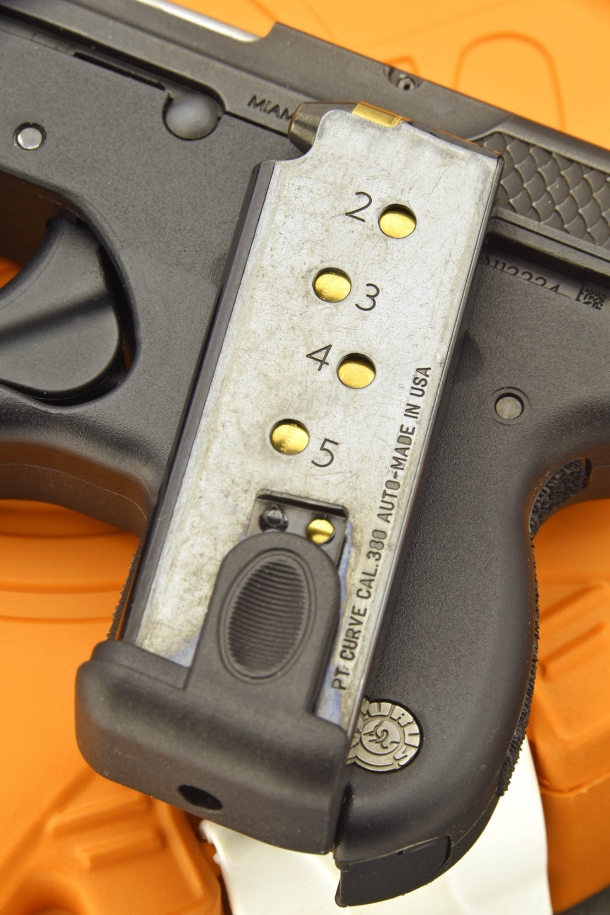 The Taurus Curve feeds through single-stack metal magazines offering a capacity of six rounds overall – plus a seventh round in chamber. The polymer magazine base features two buttons on the sides that must be squeezed together with the thumb and finger to remove the magazine from the grip for reloading.

Just like a 1911 derivative, the Taurus Curve features a magazine disconnect system: the gun will not fire with the magazine out, even if there is a round in chamber. Also featured is the Taurus Security System, or TSS: a signature feature of all Taurus pistols and revolvers ever since 1997, the TSS allows the Curve to be "locked" and made inert through an issued key for increased safety when the gun is stored.

The rounded, snag-proof slide of the Taurus Curve pistol is machined out of carbon steel and features a black Tenox finish, rear serrations, and a loaded chamber indicator on top.

No standard iron sights are issued: three white notches on the rear of the slide constitute what the Taurus company dubs as the "Bore axis sighting system", allowing quick instinctive alignment on targets at close range. 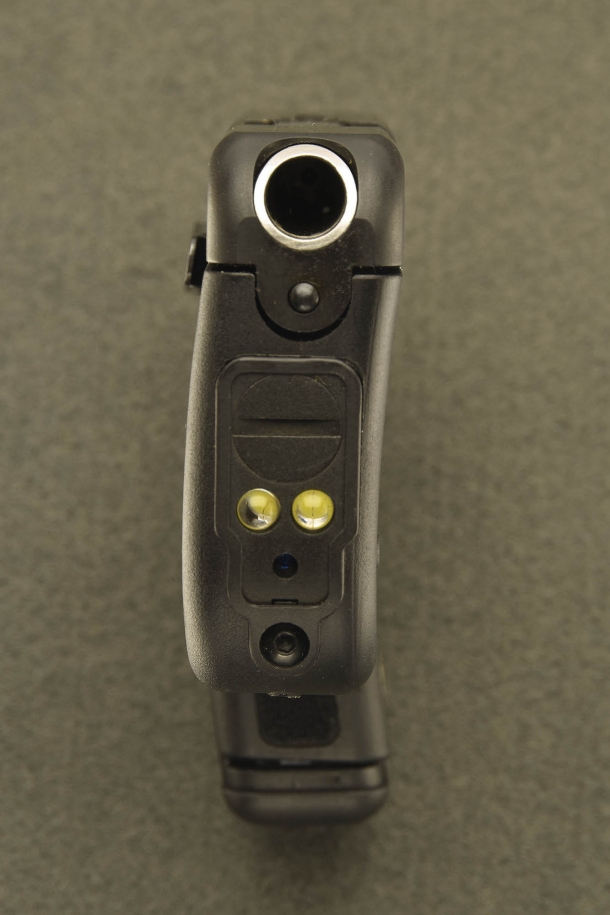 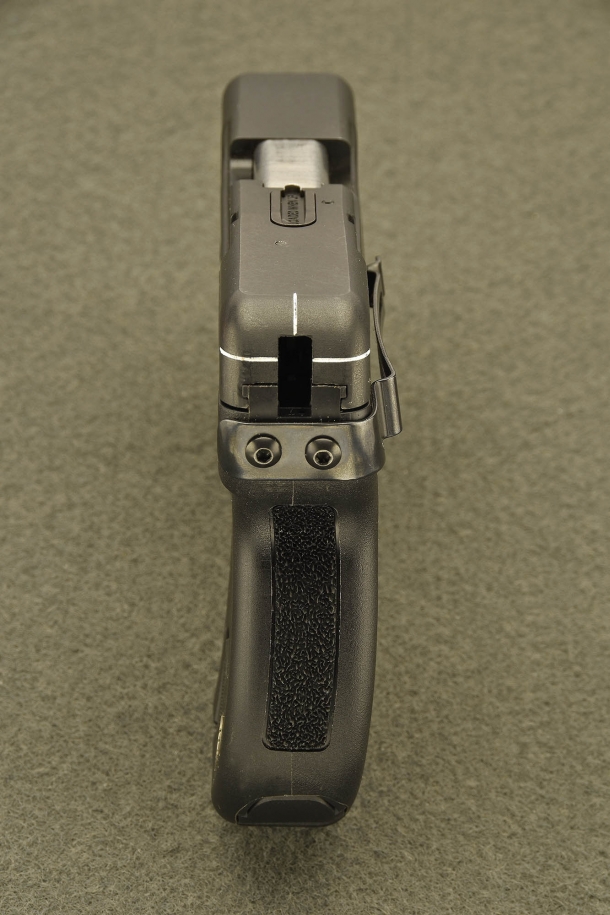 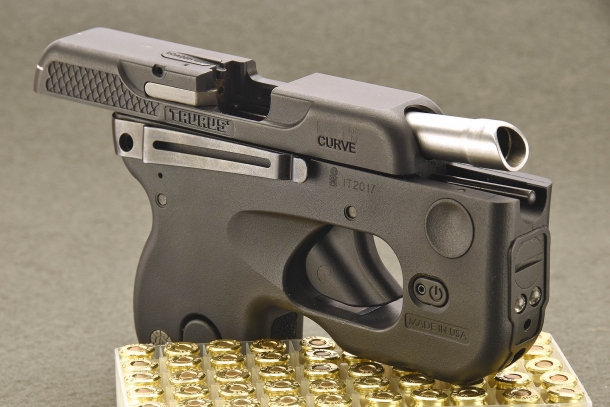 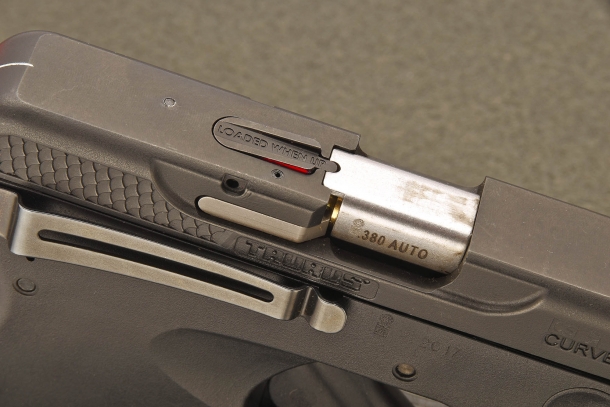 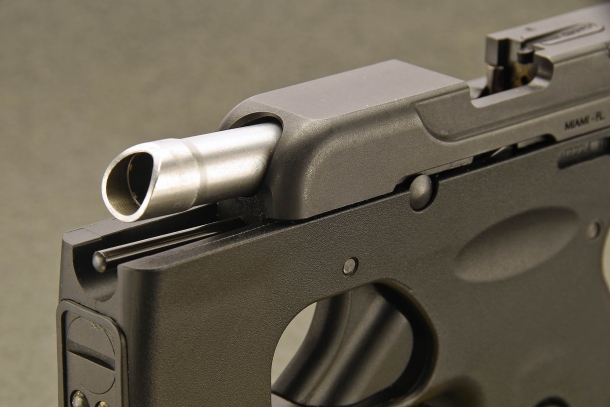 A small, flat-headed tool is required to disassemble the Taurus Curve: with the gun unloaded and the slide held open, the tool is necessary to remove the passing pin that keeps the slide and frame together. Once it's done, the slide can be removed for cleaning and maintenance.

The Taurus Curve features a chrome-lined, cold-hammer forged, 2.7" barrel offering a higher level of accuracy than expected: the authoritative American Rifleman magazine, published in the United States by the NRA, test-fired the Taurus Curve pistol in September 2015 and reported groups ranging between 1.15" (2.9 cm) and 2.05" (5.2 cm) at 7 yards with 90-grains and 95-grains commercial loads. An overall acceptable performance, after all, particularly for a gun that's meant to hit a center-mass target at ranges of about 5 metres. 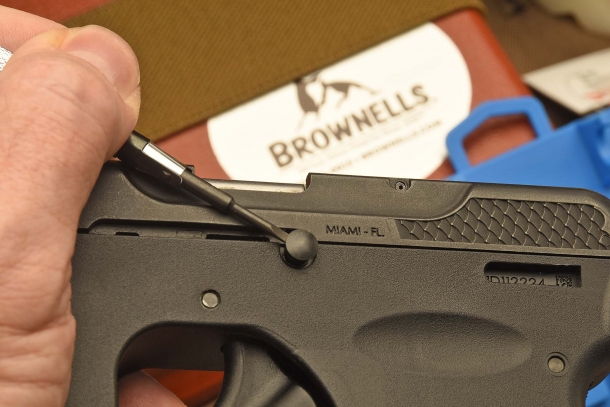 The frame is definitely the most distinctive feature of the Taurus Curve pistol. The inner structure is straight, and manufactured out of aluminum – that's where the trigger group is installed and where the slide rides. The outer black polymer shell is instead markedly curved to the right.

The intentions of the Taurus designers was to match the natural curve of human hips; as such, the Taurus Curve pistol features a metal belt clip affixed to the frame through a set of Allen screws, allowing the pistol to be carried without a holster in a IWB condition with minimal or no printing even when wearing light summer clothes. 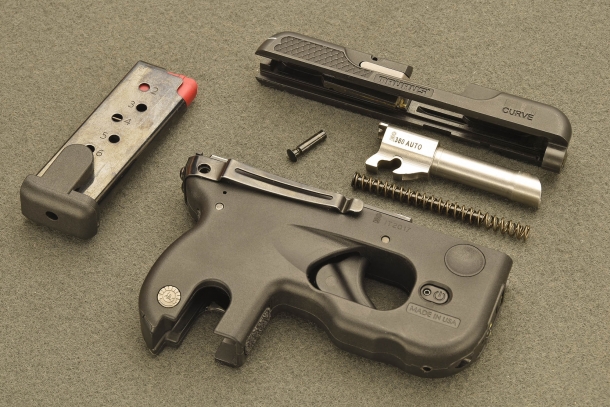 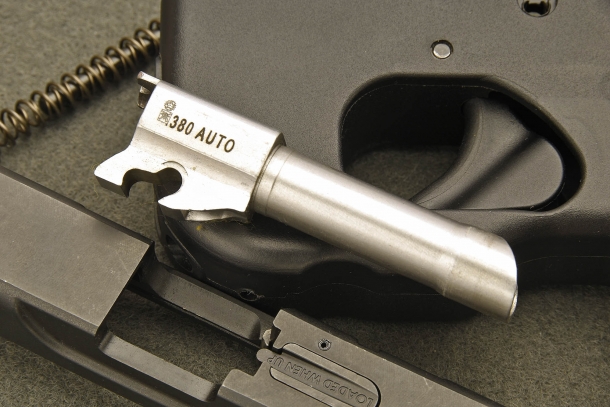 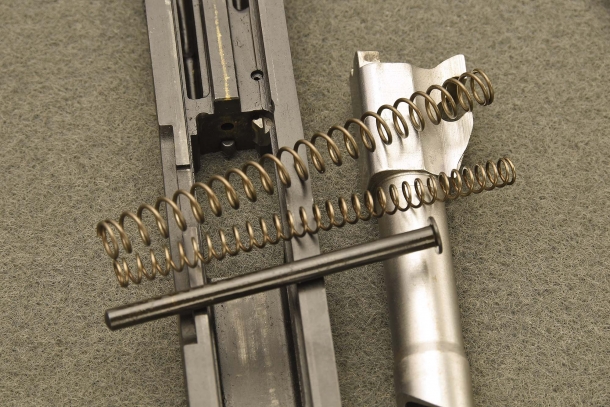 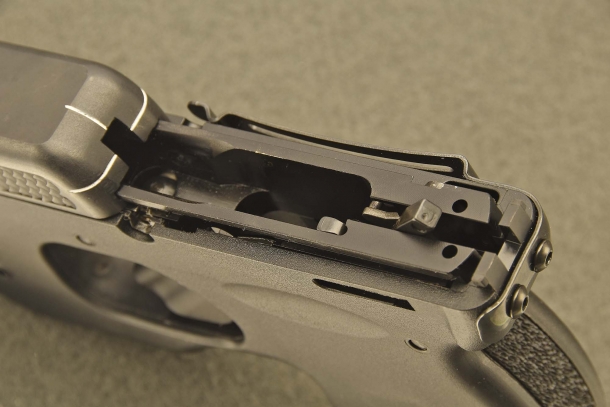 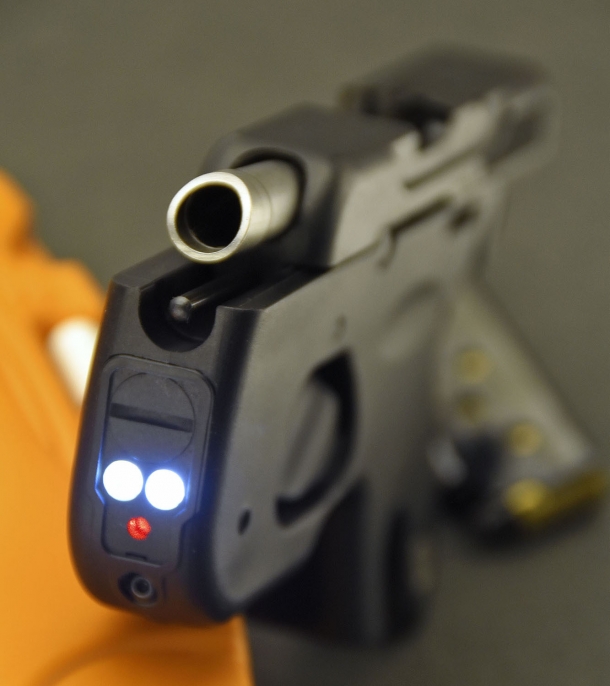 A rigid plastic trigger shield, also featuring a lanyard, is also issued with each Taurus Curve to provide an additional level of protection – particularly for pocket, pouch, or handbag carry.

The front portion of the frame integrates a sighting module manufactured initially by LaserLyte and currently by Viridian: a red- or green-light Class IIIA laser emitter and two twin 25-lumen white LEDs provide quick instinctive aiming capabilities by day or night, particularly in confined spaces. The laser module is activated through a button located on the right side, at easy index reach.

The laser designator is powered by a single battery, whose seat is located in front of the frame, just under the muzzle. Two small screws located respectively under the frame and on the left side allow for the laser beam to be zeroed; a small hex key is issued from factory with every pistol. 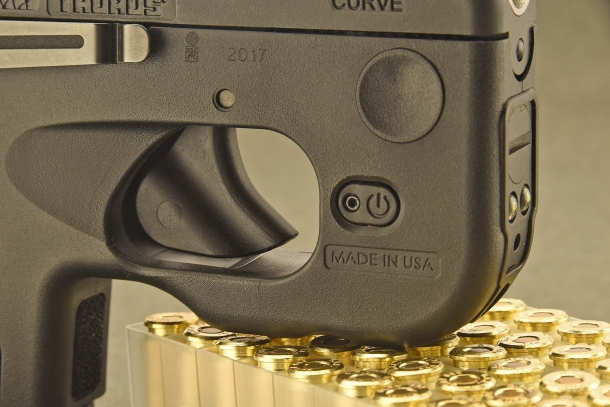 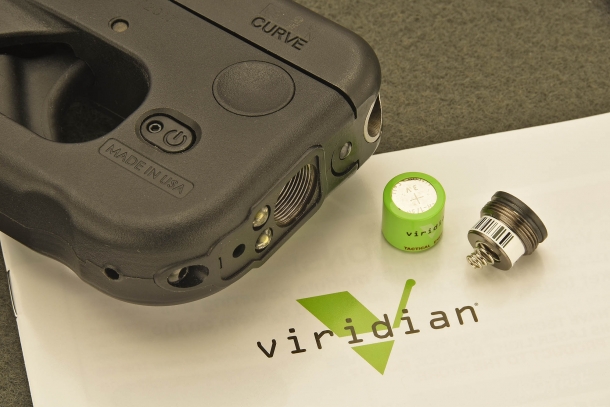 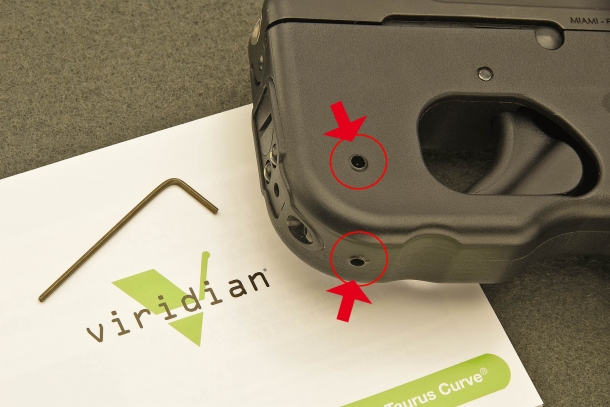 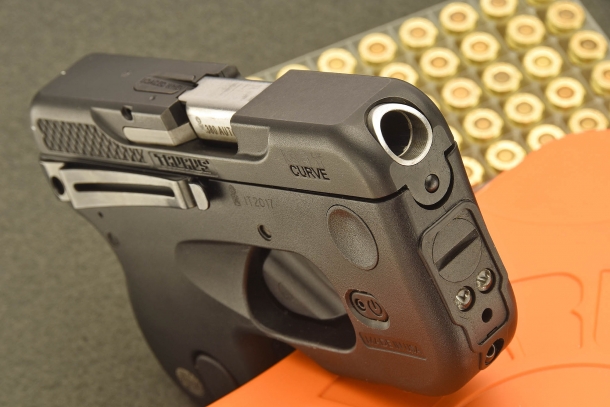 The Taurus 180 Curve pistol is by no means a conventional design; if anything, instead, it is a radical approach to the typical printing issues posed by concealed carry pistols. Other than that (and specifically in Europe, where concealed carry licenses are harder to obtain than in the United States), the Taurus 180 Curve is a niche design, for a niche market. It may be a sign of tendencies to come, but so far, it may not meet everybody's tastes, so... buyer beware!

And yet, after handling and trying it out extensively, we at GUNSweek.comcan safely say that this small and odd pistol has some very solid reasons to be: it's an extra-compact handgun, with integrated LEDs and laser sight, and being conceived to provide an innovative approach to full concealment needs under any condition, the results couldn't be far from what you see pictured here. As exotic as it may seem, it delivers exactly what it promises: deep concealment capabilities and effectiveness in engaging threats in extreme close quarters. Under that point of view, the Taurus 180 Curve is definitely a pass. 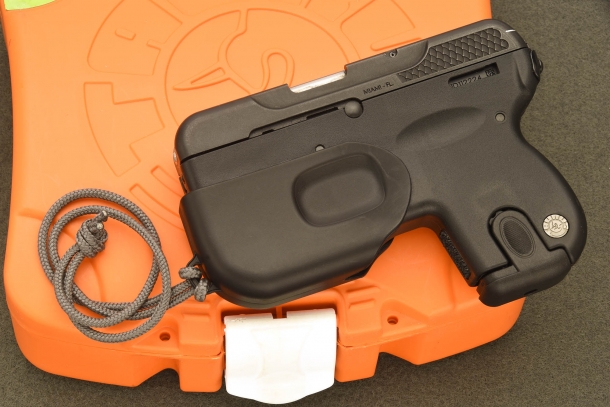 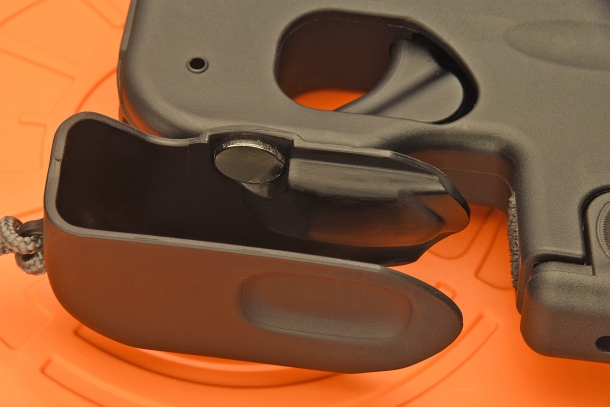 Consult your dealer for local availability and pricing

Sniffed the beer. I drank and wandered. How long, I wonder, I thought.

And why the hell were they there deciding what I should and what not, it is not clear. Not thinking of anything better, I asked. Well, she said so, in confusion explained Sveta.

You think, well, it would be done faster. more than a year has passed. I was looking, looking. A girl just came.