In what can be described as poor journalism or plain old falsehood, the Kaieteur News is again attempting to mislead the public by insinuating that the Government’s Housing Drive is a profit tool for the Ministry of Housing and Water. The Ministry strongly rebuffs this most recent attack on another project, which seeks to benefit and improve the lives of Guyanese.

In an article dated Wednesday, August 4, 2021, the Kaieteur Newspaper published the following headline “Housing Ministry to now construct and sell houses for profit”. To say the least, this headline reflects poor journalistic skills and at most is grossly inaccurate.

The information shared in the article is grossly distorted and does not fully reflect the information presented by the Minister of Housing and Water, the Hon. Collin Croal, in response to questions, posed to him by Opposition Parliamentarian Annette Ferguson.

Ferguson’s two-part question sought clarity on the $13. 9 B contract for the construction of housing units in Regions 3,4, 5, and 6; the breakdown of the category of persons to benefit and the expected and final cost for the housing units.

In response, the Minister clearly outlined, that persons within the Low, Moderate, Middle, and High brackets will benefit from this initiative.

A breakdown of costing was also provided, and as has been the policy for years under similar housing projects, the cost for the land is included in the final cost.

As has been the policy on similar housing projects for the construction of housing, each beneficiary is only required to pay the Ministry of Housing Central Housing and Planning Authority, the cost of the land and the remaining cost is paid to the contractor, through a mortgage scheme with any financial institution of the beneficiary’s choice.

For Kaieteur News to even suggest that the agency is making a profit on these units is preposterous and disingenious,  as the cost for the lands these units are built on are heavily subsidized by the government. If the newspaper is running out of options for sensational clickbait headlines, in hope of generating a profit, they should spend time researching facts and useful information, which will be beneficial to their readers and not mislead them.  All of the government’s programs, including its ambitious housing drive are crafted for the people of this country and are not profit-driven in any way. The contracts for the construction of the 5,000 housing units across Regions, 3,4, 5, and 6 were awarded, using the competitive bidding process by public tender. The Ministry will not be daunted or distracted from its numerous development projects, all of which stand to benefit  Guyanese from all walks of life, and will continue to execute its programs and policies with precision, transparency and equality. 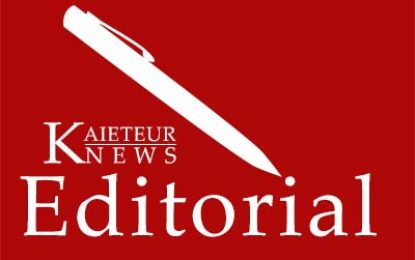 Kaieteur News – Guyanese clinical psychotherapist and author, Mr. Shane Mark Tull, refocused our attention to the elephant in our midst. It is one that has long been ignored in the... 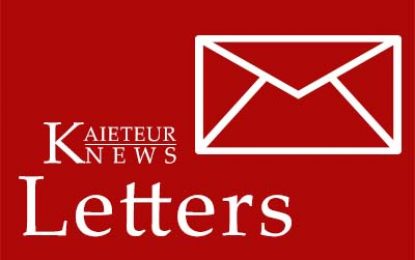 Dear Editor, According to a notice on the Guyana EITI (GYEITI) website (www.gyeiti.org), Guyana is undergoing its first validation visit which started on October 1. The EITI based in Norway... 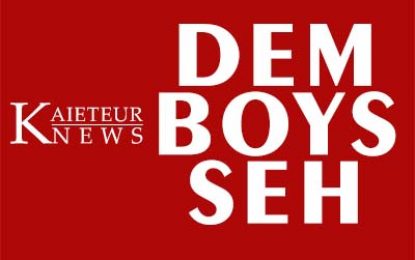 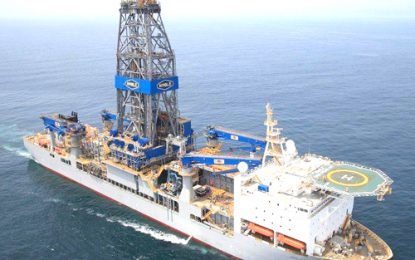 Dec 01, 2017Comments Off on At long last! Exxon contract to be made public within days – Govt.

After months of public pressure over an anticipated fortune-changer oil deal for Guyana, Government yesterday announced that it is getting ready to make public its contract with...
Sours: https://www.kaieteurnewsonline.com/

THE Environmental Protection Agency (EPA) strongly disagrees with the Stabroek News article titled, “Payara clause could allow Exxon to flare gas for free”, published on Monday, June 28, 2021, and Kaieteur News article titled, “Gov’t has weakened environmental standards in favour of ExxonMobil”, published on Friday July 02, 2021.
The EPA takes this opportunity to categorically state that flaring for sixty (60) days is only permissible for “Start-up” in both permits. International benchmarking shows that the typical acceptable start-up period for installations of this nature average 90 days; therefore the EPA’s 60-day requirement is much more stringent as it is well below the average international benchmark. As far as the EPA is aware, there was never an agreement to prescribe two (2) days of start-up since this was impossible given the nature of the installations.
Further, it is erroneous to contend that there is “no provision to stop flaring after sixty days” since both permits specifically state: “The Permit Holder shall not exceed sixty (60) days of flaring during Start-up.”

Moreover, there is no “carte blanche” for flaring under ‘Special Circumstances’ either, as the company is required to seek approval from the EPA for any flaring beyond 48 cumulative hours. Routine flaring and venting are also strictly prohibited by both permits.
The EPA maintains and reserves the right to reject any request for flaring made pursuant to these Permits and if an approval is given, the EPA may include such terms and conditions as may be appropriate, including reduced timelines for any proposed flaring events.
Pursuant to Condition 3.17 of the Payara Environmental Permit, the EPA has established a payment for CO2 equivalent emissions as a result of flaring at the rate of USD$30 per tonne of CO2E, consistent with similar mechanisms included in the modified Liza 1 Permit. The institution and applicability of this payment is determinable by the EPA, in consideration of the Polluter Pays Principle. The EPA also reserves the right to increase this rate where any instance of flaring exceeds sixty (60) days. The EPA noted that the Stabroek News article reported that the thirty-six (36) day period approved for flaring under the Liza 1 Modified Environmental Permit had expired. However, the EPA assures the public that at the date of the article’s publication, the approval issued to the company was still in effect. The Modified Permit requires that the payments be made to the EPA within twenty-eight (28) days of the expiration of the approval in order to ensure it is calculated based on the actual volumes as well as sound internationally-recognised methodologies.

To this end, the EPA refutes any allegations that it lacks the requisite capacity and capabilities to perform the necessary calculations. The EPA boasts a wide variety of professionals qualified in environmental management, chemistry, engineering and other pertinent fields, and recruits additional expertise, local and international as necessary. The EPA views the Payara Environmental Permit and the Modified Liza 1 Environmental Permit as marked improvements, particularly in consideration of the more specific flare management conditions that are consistent with industry practice in order to regulate and/or deter periods of flaring. Specifically, the Payara Permit was a major improvement in that it also included provisions for produced water management, cradle to grave waste management, insurance requirements and reporting mechanisms; which were notably absent from the Liza permits.
The EPA wishes to assure the public that it has pursued, and continues to pursue environmental safeguards and deterrent mechanisms to address any prolonged periods of flaring which may pose risks to the environment, consistent with best-practice and international standards.

Dear Editor,
I TRUST that all is well. The Kaieteur News editorial, “UG Needs better Leadership”, published May 04, 2017, [RS2]reflects a poor understanding of the University of Guyana’s role in Guyana’s development and place in the wider world. The University’s mission is to generate, disseminate, and apply knowledge in the service of the community, the nation, and all mankind in an atmosphere of free and critical inquiry (Academic Board 2001). It aims to provide a place for education, learning, and research of the highest university standard in the arts and sciences throughout Guyana. It is a mission and legacy bequeathed to us by our forbearers who had the foresight and wisdom to dream this dream in 1963.

Given this mission, what is the right framework for understanding and analyzing our national university? I humbly submit to the editor, that the guiding principles for a proper analysis of the university’s leadership and trajectory are as follows:

(i) Take a look in the mirror, initial conditions matter[RS3]. One must document and disseminate, with clarity and precision, what was inherited. One ought to ask: What challenges are we facing at our UG? What should UG’s role be in the context of Guyana’s socio-economic and political landscape? What pathways do we take so that UG can play its rightful role in the nation and beyond? A thoughtful observer might have observed the insufficiencies in financial capital and human capital, the lack of management expertise in both of these capital aspects, and the negative impact of these insufficiencies on system efficiency and on the campus’s conditions and morale.

A thoughtful observer might have documented the challenges inherited in the core teaching and research functions at the University. That same thoughtful observer might have noted the number and quality of lecturers; the poor salaries; the issues with timely payment of those salaries; issues related to benefits and class size; the condition of the library; and questions related to the accreditation of the medical and law schools. He or she might have asked where we are now less than a year into the tenure of Dr. Griffith.

I should add that rapidly approaching a high-performance institution is a national imperative given the current socio-economic and political landscape of Guyana and the demographic, economic, social-cultural, political, security and sovereignty, education and health challenges that face the nation. A thoughtful observer would frame the actions of Dr. Griffith through these lenses.

(iii) Target high, value-added endeavours. Education of the highest quality is an existential matter in the 21st century. We can do fundamental research at a global level. I note for the record that in a nation of less than 800,000 that this is our competitive advantage. Our people, many graduates of the University of Guyana, serve across the globe in the modern knowledge economy. We need to apply those talents at home. [RS4]The current challenges in the sugar industry provide a proper test case—we must diversify and innovate and move up the sugar food chain, or we will die. The editor and this editorial do not serve the University and country well. They ask the wrong questions.

I close by noting the following:
Guyana’s population is 735,000. Forty nine per cent (49%) of her citizens are below the age of 24. An estimated 33% of her citizens live in poverty. Over 80% of her citizens with tertiary education have emigrated. GDP composition, by sector of origin: Agriculture: 21.8% (esp. sugarcane, rice, shrimp, fish), Industry: 25.3% (bauxite, sugar, rice, timber, gold), Services: 52.9%. With the discovery of oil and its expected “boon” in a few years, what role will the University of Guyana play in economic growth?

I submit Dr. Griffith’s vision of UG serves to facilitate educational and economic development—for citizens and society—fosters dreaming and changing personal and societal realities, moves Guyanese beyond being to becoming, enables discovery in all relevant fields. He offers Guyana a university which serves as an agent of change, a platform for Guyanese to explore myriad opportunities. The University of Guyana can be a stimulus for innovation in the 21st century, an existential investment for the nation. UG does not exist as a private business; it is an instrument of the nation.

We need to make the called-for investments. Sir Shridath Ramphal reminded us at the Commonwealth Education Conference in Sri Lanka in August 1980, “We have learned that education, when it is not geared to the needs of real development, and when it is not accompanied by progress in other spheres, can lead more to despair than to development, more to frustration than to fulfillment, and more to social tension than to social advance.”

By the straps of the bra are clearly visible by the surf line. I gently run my hands over my breasts, immersing them in my palms, and linger for a moment on the nipples, pinching them lightly. A slight groan "Ah-h!" Escapes from your lips.

She then invited Vika and the six of us, with Sasha's parents, famously washed our diplomas. Now Vika was already much more supportive and we spent a great night as a four of us in her house. It turned out even a. Little funny.